Quite a few people have emailed me to ask how I create the Invisibilia pics. At first I didn't want to reveal my mystical secrets, but then I saw the light and decided to share the wisdom. It's actually very easy. I am not a great artist after all.

Step 1: Find a photo that you like, such as this one. 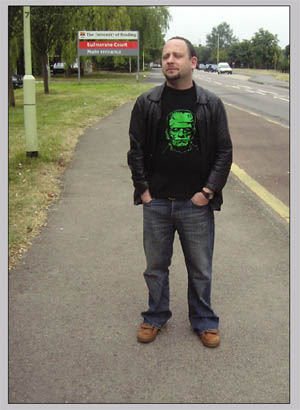 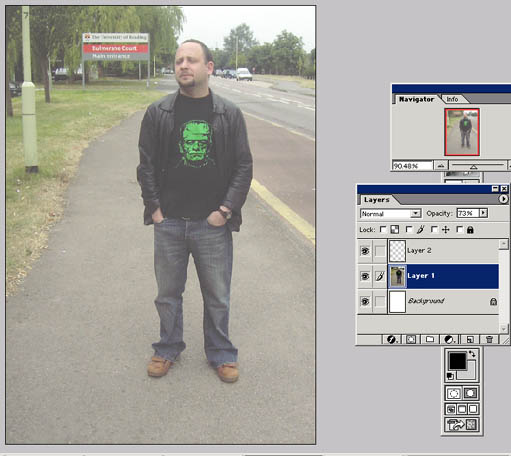 Step 3: Right. Now trace the layer with a small brush. Use whatever style you like, but leave no gaps! 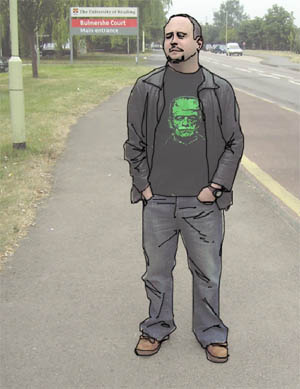 Step 4: Right. You've traced the photo. Well done. If you want to see what the tracing looks like, turn off the visibility of the photo layer. 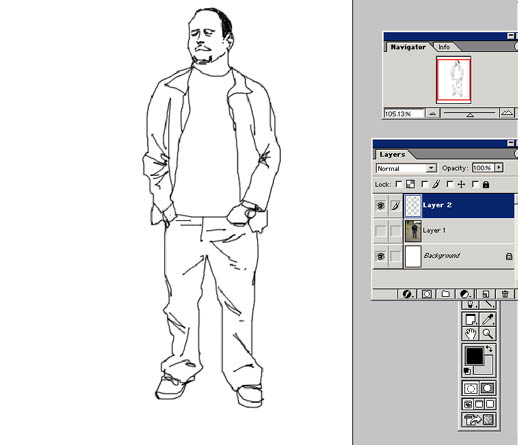 Step 5: Use the magic wand, and in the top transparent layer, click outside the tracing, so that everything except the tracing is selected. Then, go to Select > Inverse. Now, only the tracing should be selected. See below for exciting results. 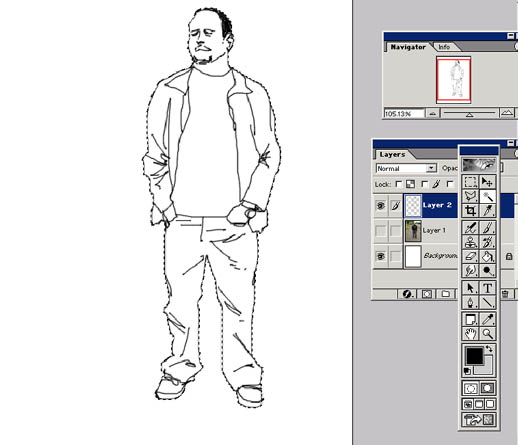 Step 6: Now, click back on to the photo layer. 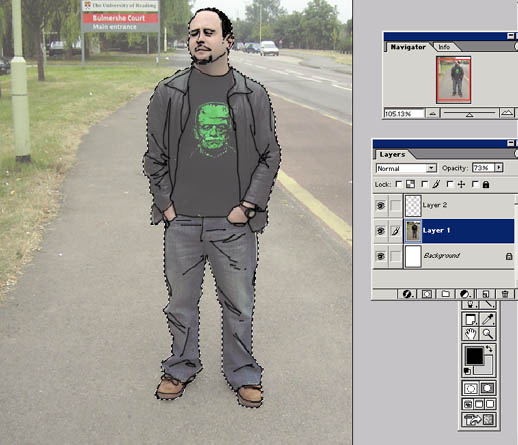 Step 7: Press delete or cut, and hey presto! You've deleted the area in the photo directly below the tracing! 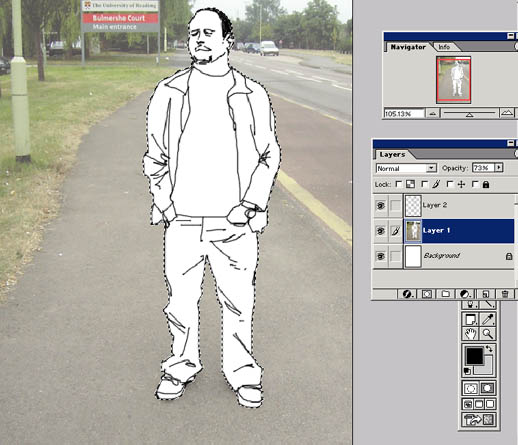 Step 8: Deselect everything, put the photo layer opacity back to 100% and you've done it. Now you too can rip off my style and impress your friends. 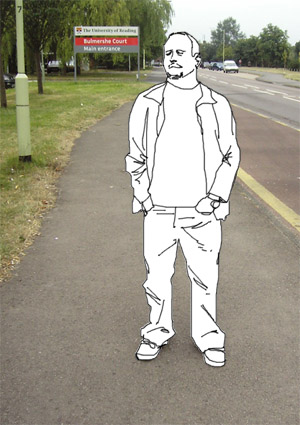