1) The most famous polar bear in the world is probably Minty, the polar bear that stands astride Fox's Glacier Mints. In his heyday in the 50's Minty got more fan mail than the Beatles and the Rolling Stones together. 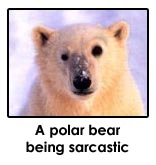 3) When hunting, polar bears cover their noses so that they blend in with the snowy background. They also do this if another polar bear has farted.

4) In 1931 Hollywood was scandalised by Fatty Arbuckle's affair with Fru Fru, a (married) polar bear. Neither Arbuckle nor FruFru's career (she was an ice-dancer) survived the media backlash. 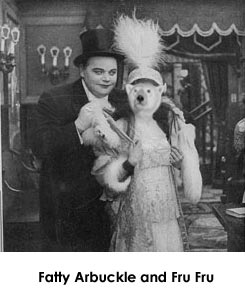 5) Many people assume that polar bears are mammals. They are in fact a form of wingless bird.

7) Famous musical polar bears include Jimi Hendrix, Larry Adler, Cyndi Lauper, Jeff Beck and the bloke out of the Corrs.

9) Polar bears have the most natural rhythm of all the arctic animals. During spring and summer, polar bears often give salsa and merengue classes to students in North London.

10) If you are very sad and very lonely, and you think hard enough about a polar bear, one will appear beside you. 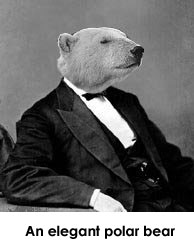