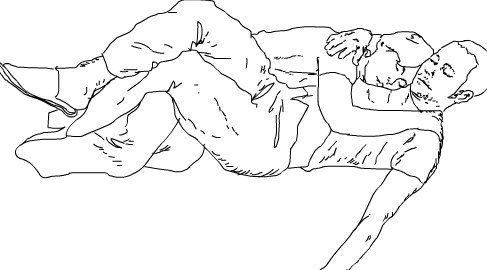 Matthews put his pen down. He didn't care what people said about the pen being mightier than the sword. If he was going to kill those damned peasants, he wanted to be armed with something fiercer than a biro. He wanted a crossbow, or an air-rifle or even just a small axe. Something made of metal would be nice.

He couldn't sleep. It felt like he hadn't slept for days. He sweated and moved and wriggled on the bed, but couldn't let go. He switched on the light and got out his notepad. His scribbled notes looked like the jottings of a madman. He knew he wasn't making much sense nowadays. He was confusing himself, so God only knew what other people thought of him. He seemed to be living in a parallel universe to other people; his conversations were limited to ordering food at the Chinese takeaway and buying cigarettes from the cornershop.

He knew he was lonely, because he had tried having conversations with random strangers: people at bus-stops, girls who looked like they might be in need of directions. Everyone smiled politely but made it abundantly clear that they didn't want to talk to him.

If he wanted things to improve he would have to kill the peasants. They were stealing his grouse, harvesting his crops, talking about him behind his back in their thick, yokel voices. It was his flat; he was buggered if he was going to feel like a prisoner in his own home.

The youngest peasant was probably not even in his teens. He had a mop of blonde, Aryan hair and a cheeky grin that grandmothers loved and everyone else feared.

The women were worse, gap-toothed fishwives who played pop music at all hours. He would shiver at the thought of it: Lionel Ritchie, Take That, Whitney Houston...these bands weren't even popular anymore. If she had been blaring out garage or hip hop, he could at least consider it educational, but these were songs he had spent his adult life avoiding.

He needed sleep. Uninterrupted sleep. A sleep free from dreams or alarm clock, free from the outside world. He had started buying copies of gun magazines at the newsagent. He knew he was sinking into caricature, but couldn't help himself. He had given up on his writing, his painting... what good was art when faced with the Greatest Hits of Eternal?

"I am going to do something. I am going to change the world," he said to himself. He had to be satisfied with his pen. Maybe he could stab a few of them with his ball-point before the police arrived.

He gripped the biro and unlocked his door. He took a deep breath and approached the peasants' door.

The police found him asleep on the neighbour's kitchen table. The neighbours had left the door unlocked, and had come home from the pub and found him there. They couldn't wake him. It took four policemen to carry him to the station.